August 15, 2019
One of this summer's highlights was photographing the wedding of Jemima and Garreth.  I had already done a family shoot with them and their twin babies, plus I had photographed her sister's wedding the year before, so they knew me well and how easy-going and relaxed I made them feel - important if you are already  bit nervous about having your photo taken!

I got there as hair and makeup were being done, and the rooms they had for their preparations were spacious, beautiful and had lovely light from the windows, which makes things that little bit easier!

I managed to track down groom Garreth for a quick set of portraits before he was whisked away to see the registrar, then on to the ceremony room, with the adjoining doors opened up to increase the capacity, and it was still standing room only at the back! 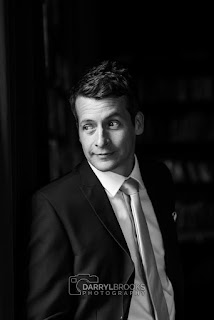 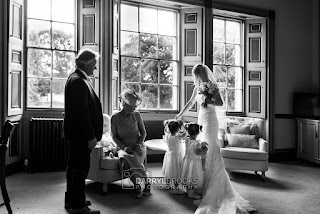 We were tightly packed at the front as well, so was shoulder-to-shoulder with videographer Sam from Blink Video during the ceremony.  Then we were let out into the main room for drinks and chit-chat, before venturing out to the slightly windy day for group photos. 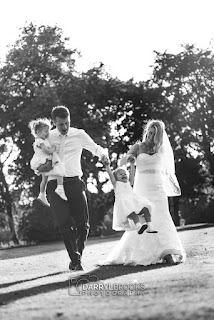 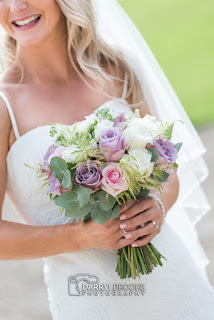 Speeches and food followed, then more playing outdoors as the sun was setting, with the family relaxing, allowing some moments for photos of the couple with their little girls, who had been asleep earlier.

Party time from then on with music from live band Func On the Rocks while they all danced the night away! 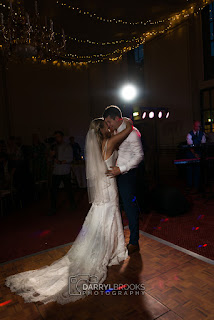 For more details on photographing your wedding, please get in touch at www.dbrooksphoto.co.uk

Popular posts from this blog

When should I book my wedding photographer?

March 02, 2020
At a wedding fayre recently I was asked when was the best time to book their photographer.  They figured they weren't in a hurry, because they weren't getting married until next year.I replied "As soon as you find the right one! I've already taken bookings!"

With so many things to arrange for a wedding, it can be a very confusing and "spendy" time, and let's face it, most people don't have much experience at organising weddings, so it can be very daunting as to what to do first and when to spend the money!
We photographers can only be at one wedding at a time (gone are the days of "a few pics outside the church then on to the next one"!) whereas services like cakemakers, dresses, florists, even classic cars, can serve several weddings in one day, so can perhaps be left a bit closer to your wedding.  It doesn't hurt to ask these things, but bear it in mind when prioritising your spending.
I am usually booked one to two years in advance…
Post a comment
Read more

October 25, 2019
In the UK we are a nation of animal-lovers, and as such I get a lot people booking me for a photoshoot -  not for them - but for their beloved pet!

And why not?!  We spend a lot of time with them so why not have a few professional photos of them looking their best?

I have photographed many different animals, from rabbits up to horse, and can do studio shoots (for the smaller ones!) or come to your home or another location for an outdoor photoshoot.

Get in touch through the website to enquire about booking a place for your pet.

September 20, 2019
I enjoyed photographing this wedding so much!  Such a chilled-out lovely couple - lots of smiles and always up for a few more photos here and there throughout their special day, in July this year at Tickton Grange.  And now I can present them with their finished wedding album by Graphistudio, all the way from Italy!

They chose a light blue leatherette for the cover (a first for me!) which went with their colour scheme.  With dozens of colours to choose from, even in the standard ranges, it is a hard decision to make!


As well as adding the USB of all the digital images from the day, they got the canvas, which is included in my top wedding packages.

They chose one of my favourites (though I have many from that day) - a silhouette shot from later in the afternoon.